Just a few hours to turn back the years for this Healey Sprite Mk4 radiator. 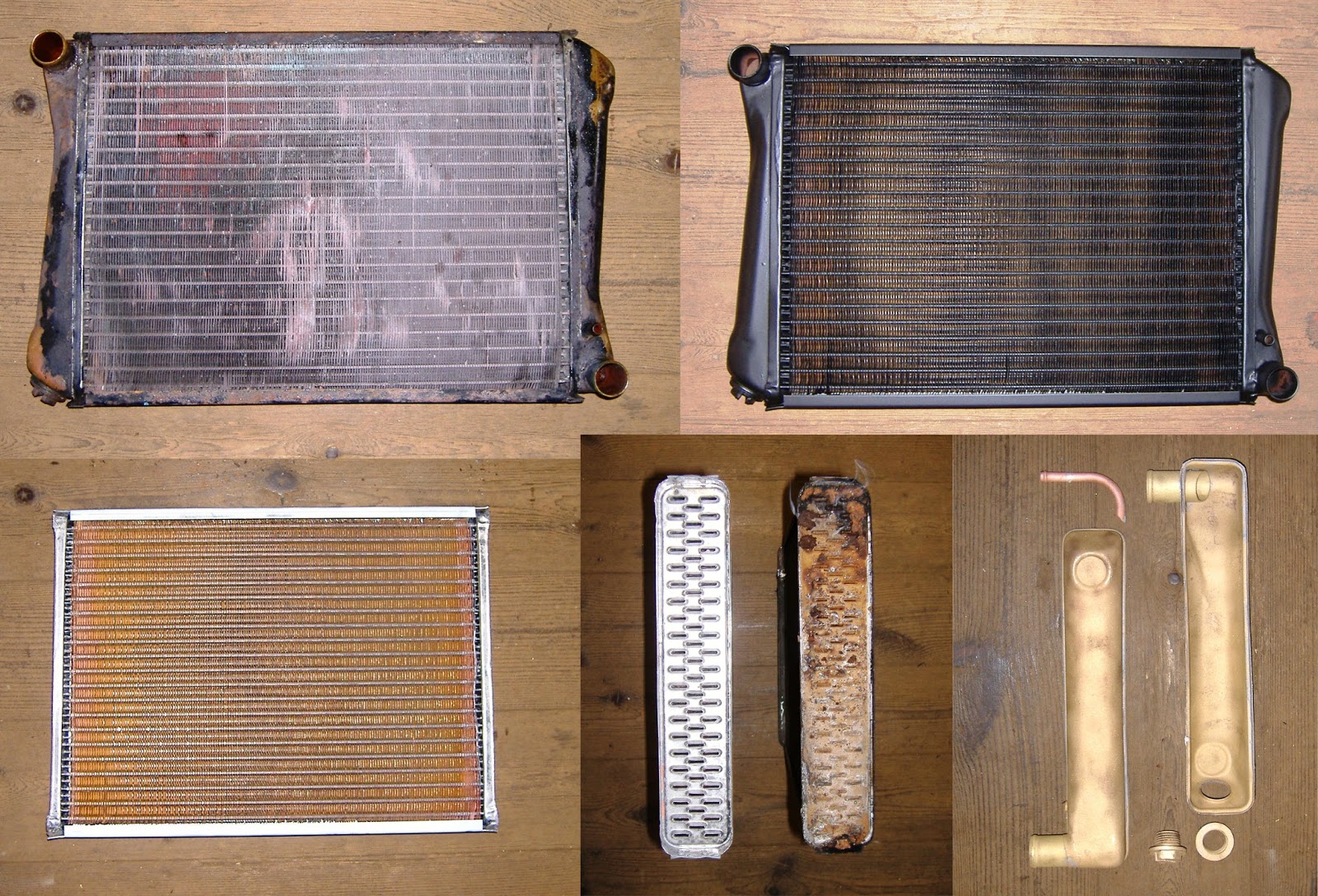 This radiator was recently sent to us at Motoradsonline by one of our online customers for a full overhaul. The core of the old unit, seen top left, was a  bit old and tired with some of the fins beginning to deteriorate, but the basic parts were still in very good condition.
The tanks were removed from the old core and all of the component parts were cleaned back to bare metal.
The side by side view of the header plates shows how the old core, still smoking from the strip down, had several blocked tubes.
The component parts were then soldered back together, pressure tested and given a fresh coat of paint.

Within the space of a few hours this radiator was back to performing like new and we have another satisfied customer. If you have a Healey radiator you want us to recore or you need a heater matrix for a Healey Sprite you can click one of the links above to our website or give us a call during work hours on 01527 65182


Posted by Motorads Online at 08:54 No comments: 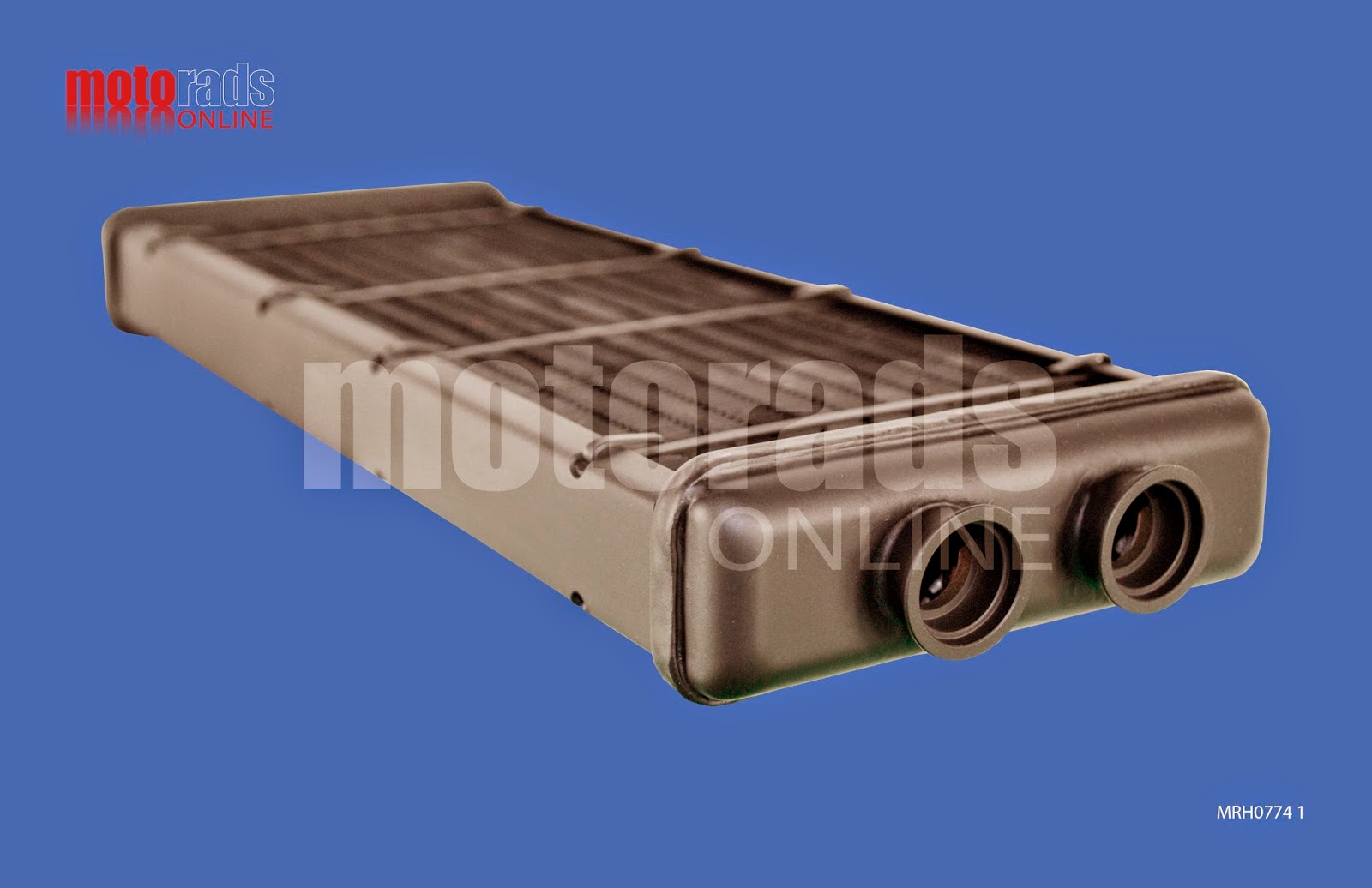 Motoradsonline have been selling several different classic Jaguar matrixes for over 20 years but Jaguar owners have been telling us recently that finding a heater matrix to fit the Jaguar XJ (X300) XJ8 XJR (X308) XK8 and XKR models is not that easy. When you can finally track one down the price is unbelievably high and delivery lead time can be inconvenient. To this end we have now developed a copper and brass replacement which is robust, efficient and great value for money.

Posted by Motorads Online at 01:57 No comments:

Copper and brass replacement heater matrix for your Caterham 7 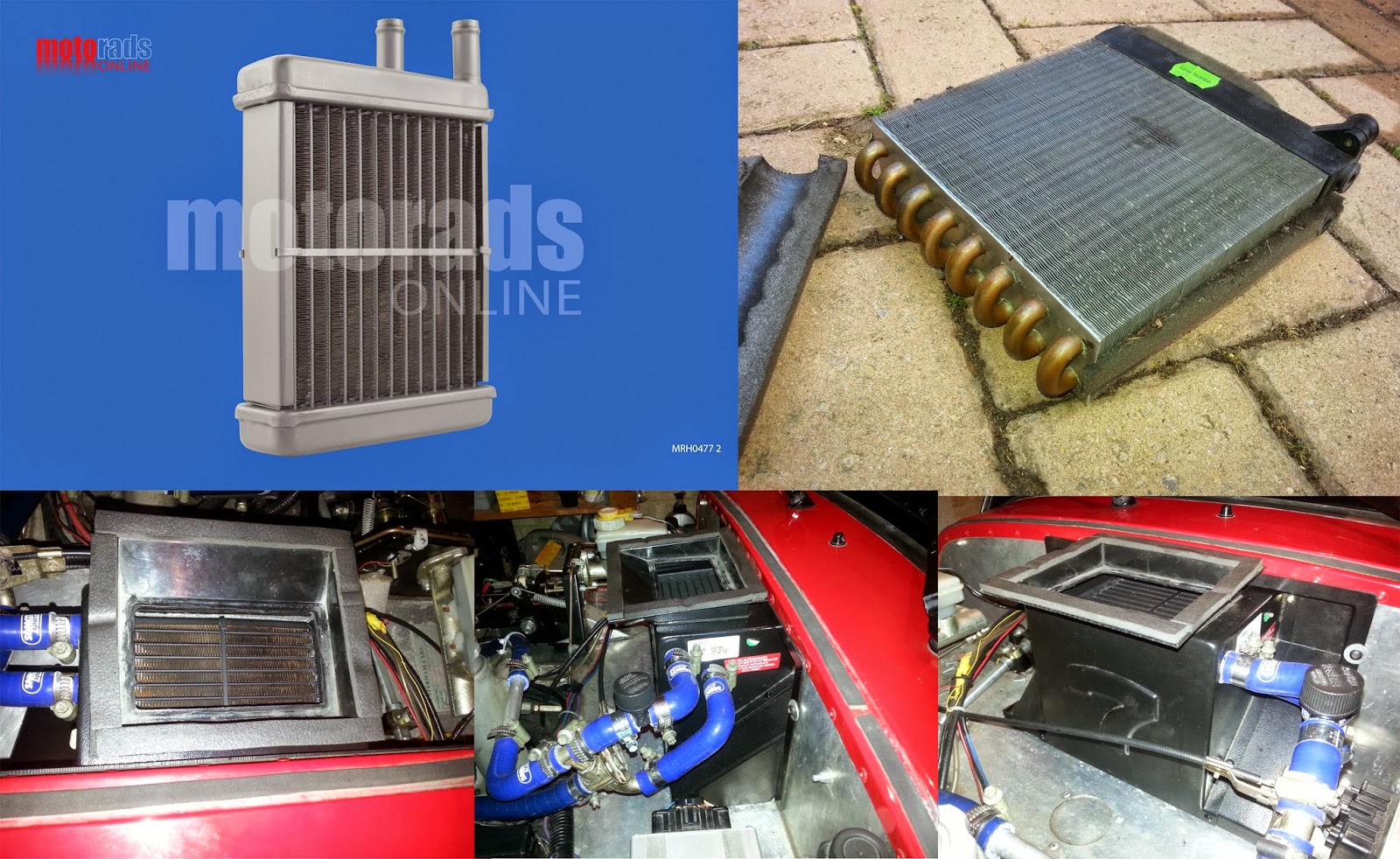 Once upon a time there was a generic heater matrix used on many different vehicles, this heater matrix this heater then found itself behind the dash of the ever popular Mini. This easy availability must have been the reason that the clever guys a Caterham decided to use it in the iconic Caterham 7.


History of the heater

The original heater matrix was one of the first we encountered to be made in vast numbers using plastic tank technology. As the years went by Mini customers began to discover that it wasn't as strong as they would like. We were challenged by the enthusiasts to make a stronger version. We designed the heater in copper and brass removing the troublesome flange, adding strength but not compromising performance. This would last much longer at a competitive price and we have now been supplying that Mini heater for over 20 years. Whilst the original could have been better the imported heaters which flooded the market to replace it were considered to be utter rubbish. Customers flocked to buy them solely based on their price and were shocked to have to replace them within no time. There are still some of these dreadful heaters around so buyer beware!

Over the years we have had several customers say that they wanted our heater for a 'kit' car but could never really get any firm information as to which one. Not until recently that is. Fortunately a customer who is a Caterham 7 enthusiast bought one of our heaters and was more than happy to supply us with some information about which vehicles it was likely to fit and how it fitted.
Our customers vehicle was produced from the mid 90's to the mid 00's and is the type with the embossed 7 and the square heater box. You will be able to see from the pictures if your box or heater is the same, the new unit is top left and the old unit is top right. The heater matrix may fit other models and i'm sure we will get some feedback soon to help with better identification. He described how our heater was a couple of mm wider at the tanks than the original (it was designed for a Mini box after all) but with a few very minor alterations to the inside of his box it could easily be accommodated. We were told that these changes would not be a major problem if another owner insisted on an changing back to an original matrix in the future. Once the box is fitted back to the body you would never know the difference, as you can see from the pictures. In the words of our customer 'It isn't a straight swap as I said, but sometimes you have to be a bit creative! '

You can pay up to £100 for the EP5129 Clayton Original heater matrix or you can get a Caterham 7 heater matrix direct from our website at less than half that price. We are so keen to get this to Caterham owners that our tech guys haven't even had time to set up a specific Caterham page yet. We have temporarily popped it in the Mini section and you can find it by clicking the link above.